As many of you know, last year I ate almost completely raw for a full month, and then 2 raw meals a day for the next 2 months after that. All in all, for about 18 months, I ate two or more raw meals a day on weekdays. I was vegan for a bit, and the rest of the time I was pescatarian (I ate no animal products except occasional fish). 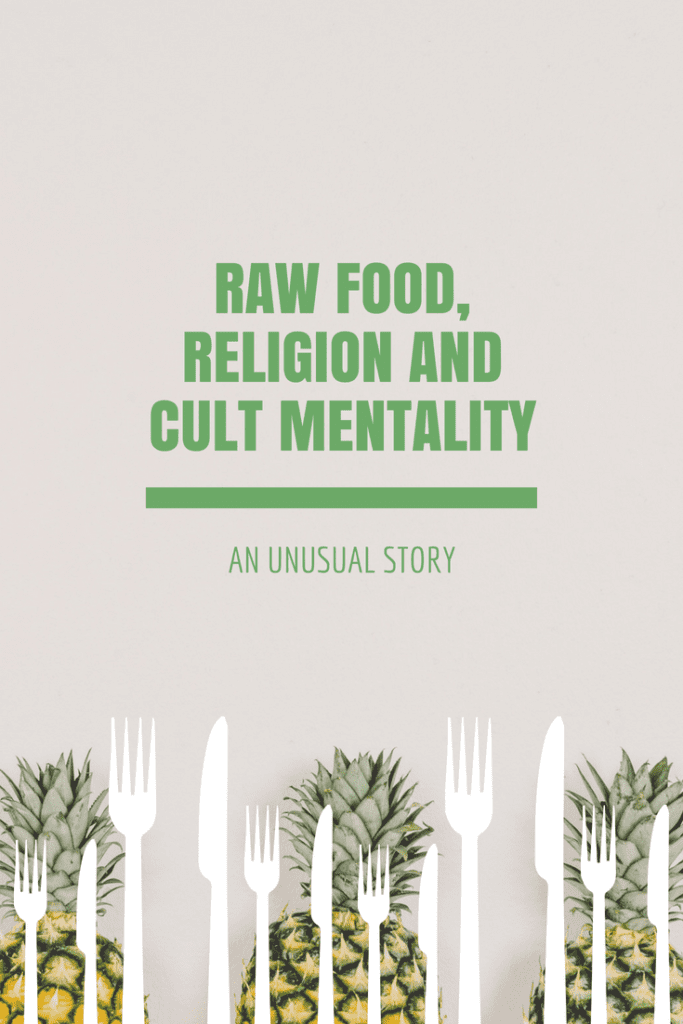 Why And How I Became Involved in Raw Food

Let me provide some more background as to why I did this. For a few months before meeting Chris, I worked with a personal trainer and did the Slow Carb Diet. I lost about 15 pounds (a lot on my small frame) and was the smallest I had ever been. When I met Chris and started having a social life (I was extremely solitary before that) I began reintroducing more foods into my diet, but I also became involved in the raw food movement around the same time. So, on the weekdays, I was eating a raw smoothie for breakfast and lunch and a raw salad for dinner (or a cooked meal with Chris). Then on the weekends, I ate whatever I wanted.

After a few months of this, I started having increasingly severe stomach issues. I won’t go into details, but the pain and the symptoms became so bad that I ended up having two colonoscopies, two stomach biopsies, seeing multiple doctors and having a myriad of other tests.

In the end? Nothing was found. Not even celiac.

I assumed I was sick because of bread, dairy and processed foods (because those are “bad”, right?) So, I was trying very hard to only eat fruit even though I felt pain after every meal. After a few months, the pain finally subsided. I connected that to healing my stomach from damage done due to gluten intolerance. I became involved in a raw food forum online and became obsessed with it. I followed several raw foodists, and constantly read blogs and watched YouTube videos for inspiration and ideas. All the while, I felt some discomfort. The obsession I developed felt very familiar.

Read related post:   5 Proven Self Care Ideas For Your Mental Health (These Work!)

When I was in college, I met several (very attractive) Christian guys on campus. They set up a table at the front of the student center and “took surveys” of every student that would take the time to stop. This survey was actually a few very specific questions about people’s spirituality, and would end with the question, “Do you know if you’re going to heaven?” If the answer was “Yes,” then you were asked to explain why. If the answer was “No,” then they implored you to trust in Christ, who died for you, so you could then have assurance of your salvation.

This was thrilling to me. At the time, I was completely in line with their beliefs. I began attending their bible study group, and since I was the only female, I felt extremely valuable.

The group of college guys who did this all lived in the same house and were taught and trained by one man: Don. They held him in high esteem and Don constantly compared himself to Jesus. He said that his discipleship method was THE true discipleship method. While he encouraged discussion and debate, if a man in the group disagreed with him or took a different stance on biblical interpretation, the man was eventually asked to leave the group. The group emphasized demonic activity and casting out demons. Bad dreams, illness, headaches, bad moods and mood disorders were all attributed to demonic activity.

It was weird. But I didn’t see it.

Long story short: they eventually told me that my decision to remain in college (instead of working with them full time) was sinful. I knew that attending college was truly what god wanted me to do. A couple of my dear friends pointed out that the group seemed strange and cult-like, and they very longingly and gently encouraged me to make my own decision and follow my heart. The christian cult never encouraged me to listen to god or myself, and that eventually tipped me off to the fact that something wasn’t right. When I “quit” the group, I had two friends drive me to the group’s house and wait in the car while I explained to Don why I was leaving. It was emotional, but it was also striking that they had so much control over me in such a short amount of time.

When I became obsessive with the raw food movement, I felt the same discomfort as I felt in the christian cult.

Of course, the raw food thing was never so serious. But in both situations, someone was telling me there was only one right way. I got caught up emotionally in the raw food movement. I wanted to be like the people I followed, and to be accepted and develop relationships with the pioneers. I tried so hard to fit the mold, but in the end, I didn’t feel good. It didn’t work for me. I thought it should work, but it didn’t.

With raw food, I thought: how could there be anything more healthy than raw fruits and vegetables? I tried to follow all the rules. My boyfriend was very patient, and for a year he didn’t cook for me because he had NO idea what I would eat from one day to the next. Honestly, I never felt better eating raw food. I didn’t lose weight, I didn’t bike faster and I didn’t sleep better.

What I Eat Now and What I Believe

I have done several posts updating my readers on what I eat now. (Like here, and here, and here and here.) But this new update is short.

What do I eat now? Anything I want.

I have literally reintroduced everything into my “diet”. I felt so deprived and my eating habits over the last couple years felt very…oppressive? I just decided I couldn’t do it anymore. I’m not going to lie, I went kinda crazy at first. But now I find myself stopping when I’m full and feeling happy after meals. I love that food can be an experience that I enjoy. I think I have gained weight, but that could be from a number of reasons (lack of exercise).

Read related post:   5 Ways On How To Declutter My Bedroom (Future-Proof It!)

***I should mention that part of my inspiration for this post was reading this article on Wikipedia. The article describes fructose malabsorption, which is probably what upset my stomach so much a couple years ago. It also explains why I have had NO stomach issues since returning to 100% cooked foods.***

I do believe that my intuition guides me more than I realized, and that if I listen to it I can avoid headaches and experience serenity.