I am taking some new risks by writing this. No offense intended to anyone who has played a part in my life- just stating the facts as they happened.

This post is about why #standbywendy and #marriageequality made me cry. Check out the links on the hashtags for more about what happened today.

A few weeks ago, I had dinner with a gay friend I’d just met. He is involved in sex education and promoting equal rights through a non profit organization (more on that in another post). He shared a story with me regarding an opportunity he had to share some information with a young gay teen. The teen boy had a lot of questions, and they were answered without judgment. The boy emailed my friend a few days after they talked and said that my friend had probably saved his life with the information he received regarding safe sex. In the (unintentionally) discriminatory culture in which I used to be involved, this would never be the case. The boy would have been shamed.

While I am not homosexual, I think the reason I get so emotional about these issues is because I’ve been discriminated against in similar ways. That might sound crazy. Let me explain.

I was involved in an extremely conservative church and school for over 10 years. I still believe my old religious friends had good intentions, but they had more control over my life than anyone knew. I dated who the church said I could date and went to the school where I knew my current beliefs wouldn’t be challenged. I ended more than one relationship because my church friends disapproved. To be fair, these influences saved me from myself in a few cases. It helped me reach a “bottom” so I could get sober. The problem was how dependent I became on others telling me what to do, and the fear I had of failing to meet expectations or of being rejected. Here are some of the things I did.

I used to teach a bible study to women. I harshly taught that any form of sex before marriage was sin. When one woman in the group argued that oral sex was ok, I basically rallied the group against her for weeks to try to help her see her error.

I went through a period where I stood outside Planned Parenthood and handed out anti-abortion literature to women entering.

I told my gay friends that they should receive counseling to help them repent from their sin and not be gay anymore.

I went to movie theaters and stopped groups of people to hand them literature about Jesus.

I pressured people into saying the “sinner’s prayer” so I could add a tally to my list of reasons I should go to heaven, despite their blank stares.

I said things like “faith alone is needed to save you”, but if you  didn’t clean up your act, then I doubted your salvation and integrity.

After my dad passed away, the leader of the Christian band I played in accused me of relapsing in my addiction and said that if I wasn’t sober, I needed to leave the band. Also right after my dad died, I got into a relationship with a really lovely person…who wasn’t a Christian. I received a hateful email from a woman in the church saying I needed to break up with him. She said, and I quote, “You are just dating him because your dad died.” I’m not even kidding. She literally said that.

My grief over my dad finally gave me the motivation I needed to say *F* it, and do what I wanted to do. I left that church. I intentionally distanced myself from the Christians I knew and hid in the back row of a new church. I literally started over with my social life. It was one of the best decisions I ever made. I asked myself the question “What does my relationship with God look like when no one is telling me what to do?” The answer is, “Quite different”.

The God I believe in today is much bigger than I used to think He was. He is not bound in a tiny box of restrictive beliefs. He is sovereign, and He draws each person to Himself uniquely.

I haven’t heard from most of my religious friends, and I’m sure they would feel sad to read this. Let me re-emphasize: I know their intentions were good. But I am really disappointed in the outworking of the the belief system. I have now been on both sides, so I think I know what those friends feel. I still love you all, no matter how this post sounds.

My friends today don’t care about what I do, unless it is harmful (like taking 20x the recommended dose for allergy medicine to change  my feelings). I am in a precious relationship with someone who has different spiritual beliefs than me. I don’t go to church right now, but I feel more spiritually connected than I’ve ever been. I used to dread different beliefs, because I thought my moral obligation was to change them. Now, I love listening to others and gaining wisdom from all different people. Every person’s experiences and beliefs give me more insight and clarity about God and my relationship with Him.

Congratulations to everyone who benefitted from the news on June 26, 2013. You deserve the best in life. <3

Read related post:   Grief - What I Learned From Watching "The Greatest" 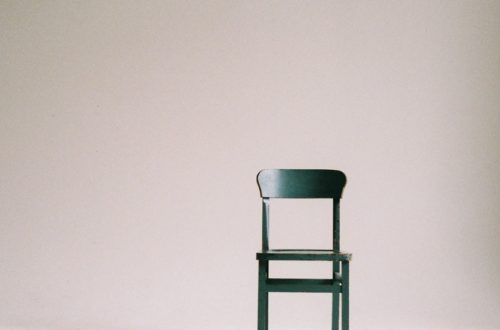 How to Deal with Death – The Story of Losing My Dad

This website contains affiliate links. If you choose to purchase any of the products I mention, I may receive a commission at no cost to you. For more information, read our disclosure policy.
16shares
We use cookies to ensure that you have the best experience. Gotcha