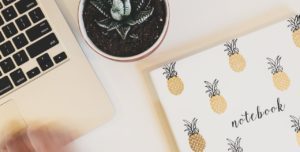 What do you feel like when you feel sorry?

I remember one particular job where I made a lot of mistakes in the beginning. I apologized repeatedly every time I did something wrong. My boss became increasingly annoyed with me. One day she finally yelled, “Stop apologizing and just do better!”

A few years later, I attended a weekend women’s camp/retreat. They emphasized not saying “I’m sorry”. During the intense work we all did that weekend, the phrase was pretty much banned from our vocabulary. We were encouraged to replace those words with something more meaningful. Like a commitment to do something different.

The problem with saying I’m sorry is that it became something I vomited any time I noticed someone was unhappy. Was I really sorry? Did I actually think I had done something wrong? I see this in all my relationships.

The truth is that saying I’m sorry doesn’t make people feel better, and it doesn’t even make me feel better. It doesn’t fix anything.

Today, I can tell when I am sorry because the feeling is instantly accompanied with a resolve for action. And when I feel that type of resolve, I usually follow through. And when I follow through, hurt feelings can heal and I become a better person.

I can also tell when I am not sorry…because I don’t feel any resolve for change. When that happens, the best thing I can do for myself and the other person is to simply be honest. Fess up.

For example: in the last year for whatever reason, there were a couple people I distanced myself from. Their feelings were hurt. Both people were going through a hard time and I felt I could no longer support them. I pulled away with no explanation. One of those people reached out to me recently and I finally responded. “Sharon” told me her feelings were hurt when I wasn’t there for her. We were so close and she didn’t know what happened.

Read related post:   Things Every Woman Over 40 Needs To Know About Capsule Wardrobes

To be fair, there were some problems in my friendship with Sharon that I couldn’t deal with. She was becoming increasingly needy, and less capable of owning her part…which made it a very one sided friendship. I listened to the same complaints repeatedly without any change for months. She had also caused some harm to me personally, but she wasn’t in a place to talk things out or resolve conflict. So, I kind of just let the friendship go (which was painful for her). My part in it was that I should have owned up to my feelings much sooner, but I didn’t know how to do that back then, or how to set boundaries.

I told Sharon I heard her anger. I repeated back everything she said to me. I let her know that I understood that she didn’t understand why I pulled away; that she felt confused and hurt. I heard that she missed me.

I then owned the fact that I had become less available. I admitted that I didn’t know why; and then I told her that I still wasn’t available. I would try to reach out more, but I knew our relationship wasn’t going to turn back into what it once was. I told her I knew that might be painful, but that I wanted to be honest. I told her I cared about her and thought she deserved available friends, and I admitted that I wasn’t available and I didn’t know exactly why.

Read related post:   How To Declutter Kitchen Countertops (7 Tips To Clear Your Surfaces)

Sharon responded with gratitude. She was still sad, but also relieved by my honesty and the fact that I honored her feelings.

For me, that’s what it looks like when I’m not sorry. I just own my part and make sure the other person is heard.

When I’m sorry? Its simple. Example: Boyfriend gets mad at Alison because she is sitting on her butt while he does all the chores. Boyfriend tells Alison he is frustrated. Alison feels guilty immediately because she is playing Solitaire while boyfriend does chores. Alison gets up and does chores, and is much more proactive about chores in the future.

4 thoughts on “What it Feels Like to Feel Sorry”