Skip to content
All Products 15% OFF! (Use Promo Code 15INJULY)
Check Them Out Here!

So you have taken a big step and are ready for the big move into the new apartment or place you have. And you don’t know where to start or how to find the motivation to declutter for the move.

Decluttering is always something people struggle with, and when it comes to decluttering specifically for a move, it is no different.

But it doesn’t have to be something that you struggle with.

Below are 9 tips that will get you started with the correct mindset so that you know exactly how to declutter for a move!

1. Recognize How Much Space You Have To Work With

The very first thing you want to do is remember what you’re moving into. Is it smaller or larger than what you’re currently living in?

What about each room? Wall space, closet space?

When I recently moved in with my partner, I noted how much space we were going to have (a lot less than I had at the moment), and used that as a frame of reference on the actual volume of things I could take with me.

Once I was able to figure out just how much I could take with me by registering available space, decluttering all my belongings got a lot easier.

When people declutter, they often come with the mindset of having to think about all the stuff they have to get rid of.

But this is the wrong mindset to have.

Getting rid of stuff is easy – just throw it in a Goodwill donation center, and you’ve gotten rid of it.

Instead, while you think about the space you’ll be moving into, also think about why you want to keep the certain item you’re wondering about.

Read related post:   How to Find the Perfect Motivation to Declutter

Doing this will help you figure out how to declutter for a move so much faster.

3. Reduce The Amount of Items You Have Multiples Of.

When you’re moving, especially moving into a smaller space than you are currently in, you want to go through the things you have multiples of, and declutter them first.

For example, how many utensils do you have? How many do you actually need?

My partner and I have only 4 sets of utensils and dinnerware. We have two that we use for ourselves, and an additional two, in the case we have friends over (which we rarely do).

This helped simplify how much we actually had to have around the house.

This applies to clothes, towel sets, bowls, and anything you have many of. It can be as simple as pairing down your sock drawer to getting rid of those extra bed sheets you haven’t used in the last year.

You want to know how to declutter for a move? Consider how much actually need of the things we tend to have too much of, and then get rid of the rest.

4. Get Rid of The Items That Have Never Been Used.

If you have not used an item then it’s probably a good indicator that you can get rid of it.

For example, there was an AC unit that had been given to me, and I never used it, even on the hottest days I didn’t use it.

When I moved in with my partner, that AC unit was the first thing to go. I knew that I didn’t need it, didn’t have the space in my new location, and didn’t really want it.

Maybe you have an extra fan that you haven’t used, or things that are sitting around you wanted to do something with, but never got around to. If so, now is a good time to get rid of them for your move.

5. How Often Have You Used It Within The Last Year?

Tip number 5 is similar to number 4. Instead of looking back on the items that have never been used, try to remember how often you used an item during the past year.

A good example of this is my desk lamp. I only used my desk lamp once or twice the entire year, and when it was time for the move, I realized that I didn’t really need to take it with me. I was able to give it away to someone who actually needed it.

Think about everything you own, and ask yourself how often you actually used it the past year. If the golf clubs were used only once the entire year, it might be a good idea to get rid of them.

6. All That Is Not Worth Transporting Must Go

Another good question to ask while getting ready to declutter for a move is, do you really want to transport (or have someone else transport) a certain item?

Moving services aren’t cheap, and if you’re doing it yourself some larger items can be a pain to relocate, you have to ask whether its really worth it, sometimes even if you really want it.

There are some items that are good to leave behind – like large pianos or old sofas. Not only are they a hassle to move, but they also are usually easy to replace or even find for good price (or even free) wherever you’re moving to (that is, if you’re moving out of the city or state).

There are a lot of large items that, while they may be nice to have, you don’t really need or want to transport to your new location. Dressers, tables, mirrors etc. These are all things that would be good to get rid of if you don’t need them.

7. If You Had To Replace An Item, Would You?

When I was figuring out how to declutter for my move, I asked whether or not I would replace an item if it go broken or disappeared.

I found out that there were a lot of things that I didn’t really care too much about by using this method, and was able to get rid of a lot more.

There were some things that I just couldn’t live without – my laptop, some of my books, and definitely not that one cute blanket I snuggle with.

But there were a lot of things that I found I didn’t really want to replace if I had to – like, kitchen appliances, my night light, my fan, etc.

8. Are You Going To A New Environment?

Another good thing to consider when getting ready to declutter for a move is what is it going to be like outside.

Before this, we were mainly focusing on the inside of the house, but how will the outside, mainly the weather, affect what you may need or not need.

For example, if you’re moving to a place where it’s mostly more warm year round, then its safe to ditch your winter clothing.

If you’re moving to a place where it rarely rains, you probably don’t need to bring that umbrella (or two) you’ve been holding onto for so long.

Also, how much time are you planning on spending outside? If you were an avid bike rider, but going to a place where you don’t see yourself riding very often or at all, do you really want to bring your bike (and have it take up extra space)?

All in all, make sure to take your outdoor environment into account when you’re figuring out how to declutter for a move.

This is especially helpful for those who are moving into a smaller space than they currently own. If that’s you, then this is a great tip on how to declutter for a move.

It also gave me some peace of mind, because I found that I could bring a lot more stuff than I thought I was going to be able to bring.

I not only enjoyed it, but was also able to have put some of my fears to an end because of it. You should try it too!

There is no time like the present to get started with decluttering for your move. So why not start today?

Take one or two of the tips above, and use them today to get started for your move. Trust me, you’ll be so much more happy once you’ve done it.

Also, I created a FREE Declutter checklist that works great side-by-side with the 9 tips above.

Bonus Tip: Try a minimalist house decor for your new place. It has helped me keep the environment clutter free, refreshing and most importantly somewhere I want to be.

Comment below and let me know which tips you are choosing to do right now to get yourself started as you continue to figure out how to declutter for a move! 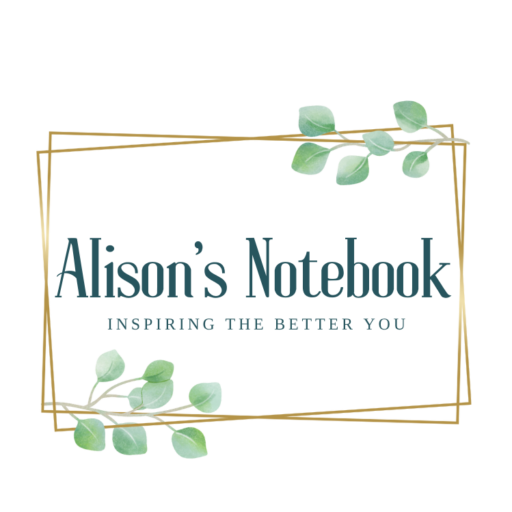