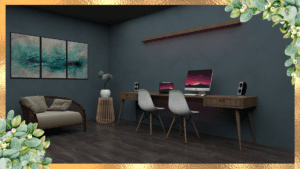 If you’re living a frugal lifestyle, you might be interested in learning more about the idea of “minimalism.”

Minimalism is the practice of living with less stuff.

It’s a way to achieve intentional living and ultimately happiness by reducing the number of things that take up your time, space, and energy.

In short, it’s all about having less stuff so that you can focus on what matters most.

But minimalism isn’t just about throwing away all your stuff.

It’s also about knowing what to keep and what to get rid of.

And this is where frugal minimalism comes into play.

Frugal minimalism is the act of being frugal, but only keeping things that are useful and meaningful (and getting rid of anything else).

In this article, I’ll take a look at 7 things I’ve learned about frugal minimalism from my own experience as well as from some other people who have been there before me.

What Is Frugal Minimalism?

Frugal minimalism is a lifestyle that focuses on maximizing the value of your money.

It’s about spending less and making sure you’re getting the most out of what you buy.

Frugal minimalism can be achieved through simple changes like downsizing your life, shopping at thrift stores, or investing in quality items that will last for years.

Frugal minimalism is about living with fewer possessions and spending less money.

But it’s also about finding ways to make your things last longer and do more for you and making sure your purchases are worth it!

We’re all in search of a balance between spending and saving, but it’s easier said than done.

Fortunately, there’s a new way to think about your finances that doesn’t make you feel like you need to give up everything.

Frugal minimalism is a way to live with fewer things and more money in your bank account.

If you want to learn more about minimalism, specifically frugal minimalism, here are five benefits of this lifestyle that could change your life:

One of the best benefits of frugal minimalism is that it helps you stay on a budget.

If you’re like most people, you’re probably trying to save money.

And if you’re also like most people, it’s hard to keep track of what’s coming in and going out, especially if there’s a lot of “out.”

But when you use frugal minimalism as your guiding principle for living, it can help you keep track of your expenses and make them more manageable.

If you know exactly what you spend on things like food or clothing, then it’ll be easier to control those costs so they’re not getting out of hand.

It’s a fact that clutter is the enemy of minimalism.

If you have too much stuff, it will fill up your space and make you feel like you need more stuff to fill that space.

And then there’s more clutter.

But if you can keep it all under control with frugal minimalism, then your life becomes easier and simpler.

You don’t have to worry about where to put things, or whether or not they fit into the design scheme of your home (or office).

You can buy what you need when you need it, without worrying about whether or not it will fit into a specific space in your house or apartment.

So go ahead and get that new coffee table!

You won’t be overwhelmed by having too much stuff around because everything has its place.

The most important benefit of frugal minimalism is quality items.

When you’re buying less, you can start to really get to know the value of things.

You’ll learn what’s worth it and what isn’t, so you can make sure that when you do buy something new, it’s going to last.

And because you know what’s valuable, you won’t waste your time or money on things that aren’t worth the money they cost.

This means fewer items will need to be replaced or repaired over time, which is great for your budget!

One of the biggest benefits of frugal minimalism is that you’ll spend less money on maintenance.

The reason for this is simple.

If you’re not buying stuff, then there’s nothing to maintain.

Think about all the things you have to keep up in your life, whether it’s your car or your house, or even just a monthly subscription to Netflix.

These things cost money and take time to maintain, which means that you’re losing both when you choose not to buy them.

Frugal minimalism is a way of living that encourages the use of fewer resources, which can help you relax and reduce stress.

When you’re constantly surrounded by stuff you don’t need, it’s hard to focus on what’s important.

You’ll always be worried about having enough to eat, or not knowing where your next pair of socks is going to come from.

But when you live frugally, this isn’t an issue.

The more things we own, the more time we spend cleaning them up and looking after them.

This can be very stressful!

When we have less stuff around us, we don’t have to worry so much about keeping it clean or making sure nothing breaks down while we’re out doing other things.

Read related post:   The Ultimate Guide On What A Capsule Wardrobe Is (& How To Build It)

7 Tips To Be A Frugal Minimalist

Just like extremely simple living, being a frugal minimalist is all about doing more with less.

It’s not about having the latest and greatest, or spending tons of money on stuff that you don’t need.

It’s about finding the most efficient way to get things done without spending a ton of money.

So here are seven tips to help you become a frugal minimalist:

1. Don’t Buy Things Just Because They’re Cheap Or On Sale

One of the first mistakes frugal minimalists make is buying things just because they’re cheap or on sale.

You’ll end up with a bunch of stuff you don’t really need and will never use, and it’ll just clutter up your home.

Instead, look at what you already have in your home and think about ways to reuse it or repurpose it.

Think about whether there’s an alternative that would be cheaper and easier to obtain than what you’re looking for.

This strategy will help keep your purchases down and make sure that each thing you buy is something worth having!

If you’re a minimalist, there are certain things that you just don’t need.

One of those things is to go shopping for items on a regular basis.

To cut down on costs and save time, try buying in bulk.

This will allow you to have the essentials on hand at all times so that when you need them, they’re there for you.

And you won’t have to waste money on something that’s not necessary!

3. Find Ways To Save Money

You can’t be a frugal minimalist if you’re not saving money.

You may already be doing this, but maybe you could find a new way to save that you haven’t considered before.

Maybe you can cut the cord and ditch cable, or go to a cheaper gym with fewer amenities.

The more ways of saving money you find, the less you’ll need to make in order to live comfortably.

Here are some specific tips for saving money:

As a minimalist, you believe in buying things that last.

When you buy something, you want it to be the best version of itself, no matter what the price tag says.

But there are so many things out there that claim they’ll last forever.

How do you know which ones are worth your time and money?

The truth is, it’s hard!

The key is looking at the materials used in making each item.

If they’re high-quality materials like leather or metal, chances are good that those items will last longer than items made from other materials (like plastic or cardboard).

And if an item is made from materials that are less expensive than what you typically see in similar products, chances are good that it won’t last as long either.

The best way to become a frugal minimalist is to buy secondhand things.

You can get almost everything secondhand, including clothes, furniture, and appliances.

There are many benefits of buying used items instead of new ones.

First, you will save a lot of money because you will not spend too much on the item.

Second, you will help the environment by recycling old stuff that is still useful instead of throwing them away.

6. Take Advantage Of Freebies And Coupons

If you’re a minimalist, you likely have decided to be frugal because you want more cash in your pocket.

But there’s a way to have your cake and eat it too.

Take advantage of freebies and coupons!

We all know that freebies are great.

But did you know that many companies will send you coupons if you sign up for their email list?

It doesn’t cost anything, so why not give it a try?

Make sure you’re always on top of what’s available in your area and when, so you can get the most out of your money.

7. Live Within Your Means

One of the biggest things you can do to be a more frugal minimalist is to live within your means.

You don’t have to have the most expensive things in order to have an enjoyable life.

You just have to make good decisions about what you buy and how you spend your money.

If there’s something that would make your life better but costs too much, wait until you can afford it.

If there’s something that would add value to your life but not enough value for the price, don’t buy it!

You’re better off saving up for something else or waiting until something better comes along.

It may seem hard at first.

But living within your means can help keep costs down while still allowing you space in your budget for things that are important to you.

Be A Minimalist And Start Decluttering!

Being a minimalist is all about having less.

When you declutter your home and your life, you’re creating more space for what really matters: your health, happiness, and relationships.

It’s about choosing what to keep and what to let go of.

And it doesn’t mean you can never buy anything ever again!

It just means that when you do buy something new for your home or yourself, it’s something that brings value to the space now.

So, what are you waiting for?

Be a minimalist and start your own decluttering!

I know that the transition toward minimalism can be hard at first, but I am here to help.

Download my free declutter self-care checklist below and make your decluttering as easier as possible.

Black Friday Deal
My Declutter Binder 50% OFF
Grab It Today