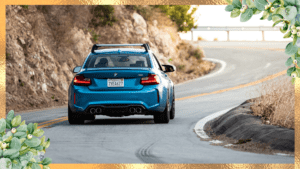 I just want to premise this by saying that I am not suggesting this is for everyone or even that I would recommend it for everyone.

The idea I really want to get across is suggestions on how you can get rid of so much that you could live in a car if you wanted to, or maybe just a Rv or whatever.

If you want to learn how to live in a car, this is just a beginning.

When I met my husband he could fit everything he owned in a laundry bag.

Starting over was a comfortable idea for him.

He was first introduced to a life of clearing out everything he owned as a young child.

A house fire effectively rid him and his family of everything they owned at once.

It was tragic and traumatic, but it was the beginning of a lifelong query for him:

If there was a fire right now, what would I take?

Learning how to live in a car was never a huge challenge for him.

Though he enjoyed many different things, items and hobbies he never had an issue detaching from objects, homes, clothes or belongings.

Why We Wanted to Learn How to Live in a Car

Back in the beginning of 2016 we were feeling restless and wanted a change.

We had been getting rid of our belongings for a while in an attempt to make more space.

Our little one was getting bigger, we lived in a small space and we wanted him to have as much area to play as possible.

Instead of seeking storage solutions we just…

started getting rid of stuff.

We got rid of years of clutter from the closets.

Why was all that stuff still there anyway?

The more we got rid of, the easier the decisions became.

Until one day we decided we wanted to leave it all and go on a road trip, just to really switch things up a bit.

At that point it wasn’t small decisions.

I really had a hard time getting rid of clothes.

In my head I wanted to choose function, but I had sentimental attachments to things I’d had for fifteen years and wanted to hold on to stuff that was “cute.”

None of the stuff I kept for the purposes of cute did I wear once on the road trip by the way.

Learning how to live in a car was a journey.

We made a lot of mistakes.

We brought a large crappy cooler that we put stuff in and never used for food.

We brought lawn chairs that we ended up abandoning to fit a tent and some functional camping gear.

We got rid of bulky pillows in exchange for some compression bags.

Read related post:   7 Simple Decluttering Tips For Small Apartments (You Can Definitely Do These!)

We had to choose sound investments over holding onto old items.

What We Would Do Differently

When it comes to traveling around the country in a car, here is what we would do differently next time.

We love sleeping in a tent, but it is cheaper to park an RV than rent a campsite unless you find free places to camp which is way more difficult than we anticipated.

I wish we had traded in our car and invested savings in a vehicle we could have slept in for the saved expense.

What I wouldn’t do differently- I don’t regret a single thing that we got rid of.

My son never missed any of his toys that we purged.

I never daydream about the this or that I don’t have anymore.

TLDR How to Live in Your Car- Paredown Advice

Don’t look at everything you have and think about what you want to get rid of.

Put everything in the “Get Rid Of” pile and think about what you really want to keep.

When you start with zero it’s a lot easier to consider what is really important to you.

Want to learn how you can pair your closet down to a similar size?

Check out my capsule wardrobe guide below!