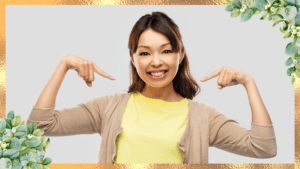 While researching ways to increase confidence and self-esteem I ran across a few different articles that at first really blew me away.

They suggested ways to increase self-esteem that seemed really ultimately counterproductive if done individually for people who really need an overhaul in this area.

I’ll give some background here before jumping into everything.

Being Raised With Low Self-Esteem

Being raised in a dysfunctional family heavily affected by alcoholism, I didn’t have much of a shot to initially develop self-esteem.

Quite the opposite really- I tried to survive and face many negative statements constantly being thrown at me.

Consequently I developed a very low sense of self-esteem and once I reached near adulthood I decided I had to change that.

I feel really passionate about this issue because the quality of life is directly impacted by the level of my self-esteem.

How To Build Self Esteem From The Outside

Back to the articles which I’m assuming were written for people who perhaps struggle with only a slight bump in the road when it comes to building self-esteem.

They focused on targeting young women and gave examples to improve such as ‘drinking coffee because caffeine has been linked to increasing confidence’ or ‘flirting to increase laughter and smiles’, etc.

Almost all of the examples given in these articles focused on developing confidence and esteem through acts that were outside of oneself.

While that can be valuable I argue that true and sustainable self-esteem is not developed by wearing awesome smelling perfume or temporarily increasing endorphins through flirting.

Rather true self-esteem comes from being built within and having a loving relationship with ourselves.

Building Self Esteem The Correct Way

First, I will say that I know studies have probably shown positive correlations between some of these actions mentioned in the articles to which I have been referring.

I’m not knocking that or saying those aren’t true.

I am however arguing that those may only increase self-esteem temporarily and are not the most effective method for those who need to build it sustainably.

So then, what does developing a high self-esteem from the inside out really look like?

I mentioned developing a loving relationship with oneself but how the heck do we do that?

My own experience plus research and the experience of countless people I know show that high self-esteem is developed over time by treating oneself kindly in thought and deed.

This can range from saying positive affirmations about oneself to taking care of hygiene on a regular basis to developing hobbies.

There are so many ways to work on this but it’s best to be as well-rounded as possible and take care of oneself physically, emotionally, mentally/intellectually and spiritually.

Personally, I first started my healing process by working on my emotional and spiritual states and the physical and intellectual states came later.

Read related post:   How to Get Free Counseling // Free or Affordable Therapy

Some people are the opposite and no one has to master anything right away or all at one time.

In fact, it’s a growing process so mastery is unlikely to occur.

Progress will occur though and instead of getting an instant buzz from flirting we will start feeling good about ourselves for who we truly are.

Simple Tips Start From The Inside Out

Here are some ways to build self-esteem from the inside out:

Thoughts to keep in mind include this not being a process of instant gratification.

Start Improving Your Self Esteem Today

Give yourself a break and some room to grow. Most importantly, don’t give up.

All-in-all, if you need to do some serious self-esteem work from the inside out, practice some of these things.

They will build you up more than a cup of coffee with a cute date (because once that’s over, you’re left with yourself).